If you pre-order (While supplies last) The Legend of Zelda: The Wind Waker HD Limited Edition at GameStop, you can guarantee yourself a popular eBay item. This version retails at $59.99 which is $10 more than a standard copy. The limited edition version will include a Ganondorf figure.

This is great, but it’s a disappointment when compared to the original GameCube Wind Waker pre-order incentive, which was the GameCube Zelda: Ocarina of Time Master Quest disk. An Entire Game! The Best Game Ever! FREE!!! 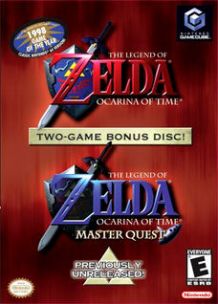 Despite the figure not matching up the Master Quest disk, it’s still going to be worth a pretty penny after is sells out. Collectors are going to be salivating to get their hands on this huge cardboard box. 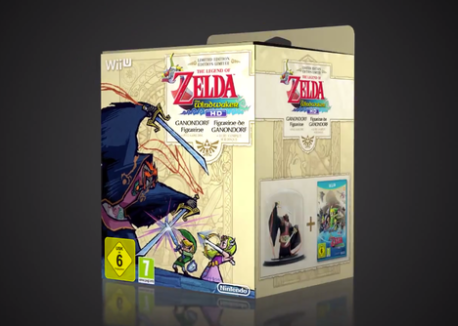 Pre-order your copy today for just $5 down. They won’t be available for too long. The Skyward Sword Limited Editions were extremely difficult to find after a few hours into their release, so take my word for it. The game launches on October 4th, and the digital version releases (without the figurine) a few weeks earlier on September 20th.

And if you’re in the Los Angeles area, reserve it at the Gardena GameStop next to El Camino College. Tell them Edwin sent you.