Video games that we play in our childhoods can actually play a role in our development and growth. They can keep us gamers forever or at the very least give us memories to converse about and make us smile. I hate going to BBQs or parties and meet someone who likes video games. I’m sure it’s weird for me to say that, but I just dread the long in-depth conversations that I can have. Sure, it’s fun for me, but sometimes I just want to be normal. When these conversations break out, the other person and I usually list our top ten favorite games from our childhoods. I thought: Why not list my fifteen favorite childhood games on GIMV? I originally wrote a top ten list, but I was dying to mention 5 more. This list reflects my favorites in my elementary school days. Enjoy!

15) Animaniacs for the Sega Genesis is still a solid license game by today’s standards. The switching of characters with different mechanics allowed the gameplay to feel fresh for its time. 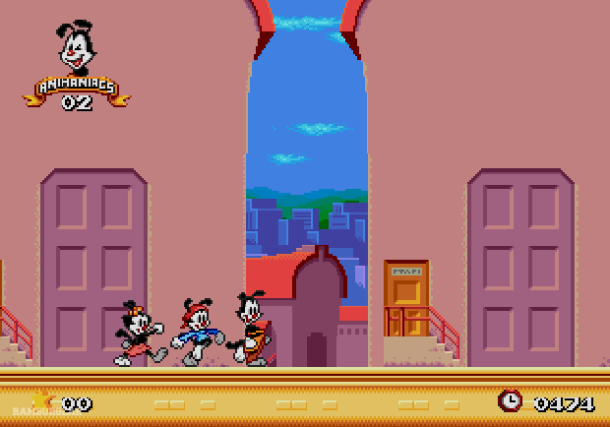 14) Duck Hunt for the NES needs no description. I played the game without appreciating the light-gun technology that still blows me away. Whenever I plug up my old console, I tend to grab the Zapper and Duck Hunt first. 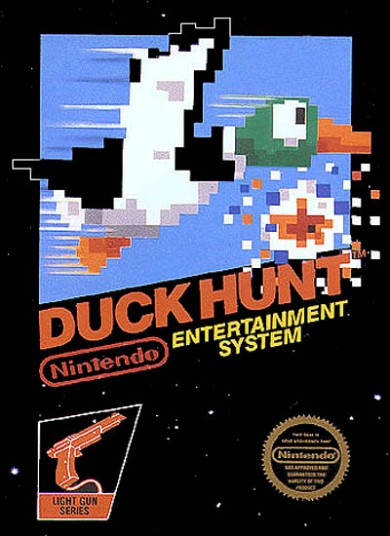 13) Pokemon Snap for the N64 is not the best game by any means. It was, however, the first 3D Pokemon game, which released right on time for the peak of the Pokemon craze. Memories of going to nearby Blockbusters to print out my pictures in Pokemon Snap are still vivid. 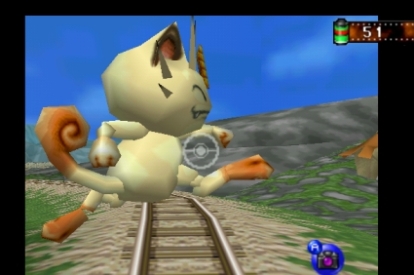 12) Mario Kart 64 for the N64 is still played by many today. My mother gave me a N64 as a birthday gift alongside a copy of this game. I played it till my eyes hurt. 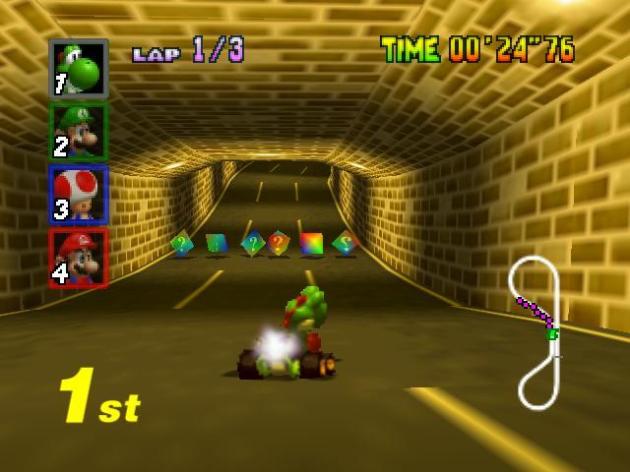 11) Rocket Knight Adventures for the Sega Genesis may not ring a bell to you. Hopefully it does because this game is awesome. Rocket Knight was packed with beautiful 2D sprites, unforgettable sound and music, and difficult gameplay that was fitting for its time. 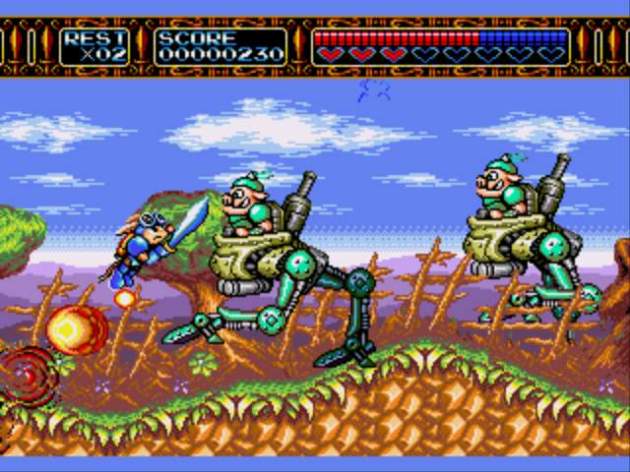 10) Punch-Out! for the NES was played an unhealthy amount in my house. The game was simple enough for anyone to pick up and play, while getting immediately difficult. The difficulty was encouraging, because I always felt like I got a step closer to beating jerks like Mr. Sandman or Super Macho Man. There were also racist characters like Great Tiger who would teleport and Vodka Drunkenski (in the arcade version) who was from Russia, that I seemed to overlook in my younger days. The game also has some of my favorite video game music ever. Here, have a little taste.

9) Sonic the Hedgehog 2 for the Sega Genesis is an important game to me because I struggled years to beat it. Games today are a lot easier in comparison to the “you lose now start over” structure of early video games. Sonic was faster than all games like it at the time, and looked good too. The second one is on my list because I remember the better music, multiplayer, and more memorable levels from this outing. And that music….here, have a listen.

8) Teenage Mutant Ninja Turtles 2 The Arcade Game for the NES was released when beat-em-ups were at their prime. This game allowed my brother and my cousins to develop healthy relationships. We had to work together, count on each other, communicate,  then I had to stop dying, using up all the Pizzas for health, stop running away from the bosses, and eventually stop grabbing the controller because I sucked. Yeah, I wasn’t very good. In fact, my cousins and brother didn’t like playing with me since I’d hold them back from actually progressing. But this game was responsible for me playing a lot of beat-em-ups, watching a lot of ninja turtles cartoons and movies, and now even watching the Nickelodeon CG cartoon. Good stuff and still fun. Definitely stood the test of time. 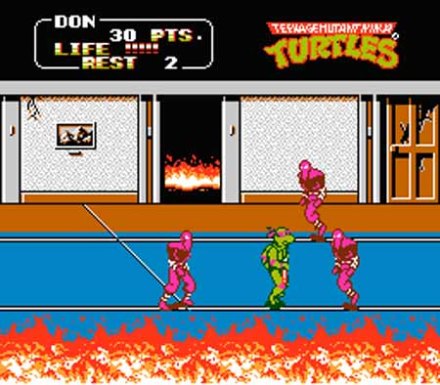 7) Super C for the NES was another game that my entire family enjoyed. Again, I sucked and no one wanted to play with me. I played alone a lot trying to get good enough to play with my brother and cousins. Super C is still playable and awesome today. The game is filled with power ups, difficult platforming, huge bosses, and catchy music. It has definitely played a role in helping me create concepts on paper for future game projects. 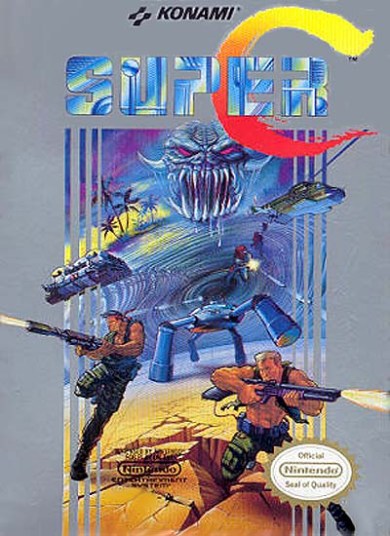 6) MegaMan 3 for the NES is my favorite entry in the Megaman series. Something about that snake man level. I love beating him and then shooting robotic snakes in other levels. The game lets you choose your path, obtain cool power ups, has incredible game design, difficult platforming, catchy music, and so much more. I feel bad that I don’t have this higher on my list. 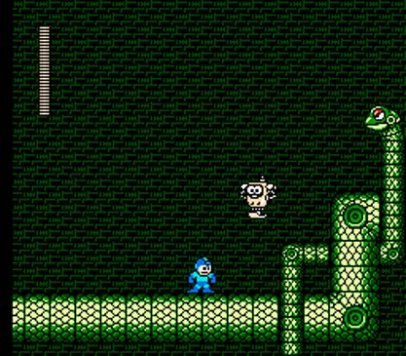 5) Metal Gear Solid for the Playstation may actually be higher on my normal favorites list I’m sure, but this is my childhood top ten. MGS’s message and story flew over my head in 1998 when I was only 9 years old, but I remember that incredible gameplay and those breath-taking movie-like cutscenes.

4) Super Mario Bros. 3 for the NES is arguably the best game ever made. It may just be, but I had more fun with 3 more games. I didn’t want to flood the list with classic 2D Mario platformers, so I chose only one. I would’ve loved to have listed the original Mario bros, and especially Super Mario World, so think of them as number 4 as well. I have Mario Bros 3 memorized and it was the most played game in my early days. 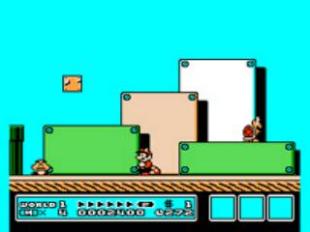 3) I can play Super Mario 64 for the Nintendo 64 today, and I wouldn’t put it down until I completed it. It has some of the best level design I’ve seen and best videogame music I’ve heard. Mario 64 was the first game that did 3D right in action adventures. I remember waking up 2 hours before school just to get a few more stars. 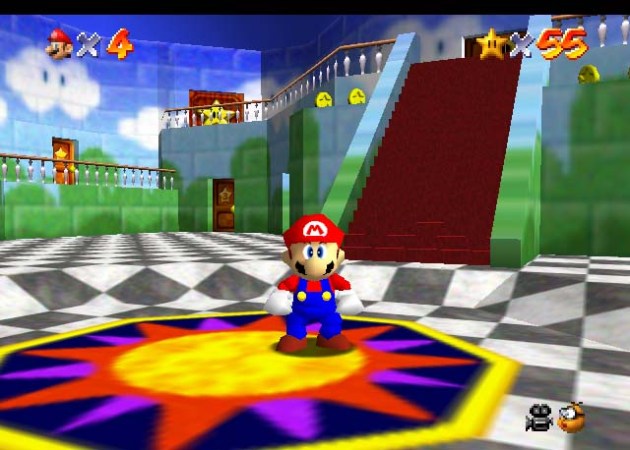 2) The Legend of Zelda Ocarina of Time for the Nintendo 64 is my favorite game of all time. I was in 4th grade when I traded in a copy of 1080 Snowboarding for Ocarina. This game made me feel brave and unstoppable. I didn’t need a multiplayer game to play with my cousins and brother anymore. I was able to have an irreplaceable gaming experience all by myself. However, as a kid I had more fun playing something else. 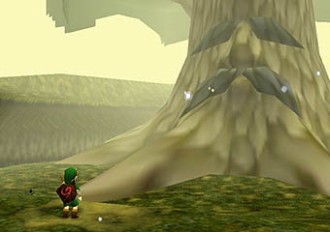 1) Pokemon Red and Blue versions for the Game Boy was crack for kids. In fact, I remember trading lunch tickets to convince kids to give me their starter Pokemon since I only had Red version at first. Getting lost in caves, leveling up, having a team of adorable Raichus, and always using that Cinnabar Island trick to give me a ton of rare candies made me addicted and my childhood grand. Luckily, this addiction didn’t translate to other areas of my life and Pokemon stayed instead. The Original Red and Blue versions were the games I played the most, so much so that half of my childhood memories are related to Pokemon, whether they are about games, anime, or trading cards. There was no need to include the Gold and Silver versions since I feel those games tie with Red and Blue. 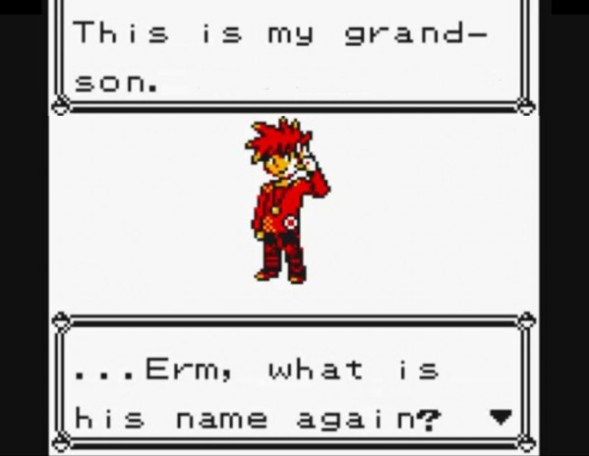