This will not be about the asses in Assassin’s Creed, so I apologize.

Assassin’s Creed made its debut in 2007 and mixed suspenseful stealth gameplay with an original sci-fi story. I remember trying the game, playing for a few hours, and wanting my hours back. The game however gorgeous looking, was terribly frustrating. I was so stressed having to repeat the same steps each level. Find, eavesdrop, follow, kill, find, ease drop, follow, kill, find, eavesdrop, follow, kill some more. It quickly became repetitive. Unfortunately, the ending would’ve been a payoff for me (I’m not going to spoil it, don’t worry) since it’s content is right up my alley. I saw sequel after sequel release and I didn’t bother grabbing a copy. I even overlooked the incredible and easy-to-recommend-to-everyone Assassin’s Creed 2. I was turned off the series for life.

Then in 2012, Ubisoft showed a naval battle trailer for Assassin’s Creed 3 at Sony’s E3 conference. I watched glued to my TV, drool dripping down to my hands, and even noticed my own brother, who was completely done with video games, look astonished. I knew I had to try the series once more.

Since working at Game Stop has one perk, which is renting out games for a few days, I rented out Assassin’s Creed 2 after watching the cut-scenes to Assassin’s Creed 1. I fell in love with the gameplay. story, characters, and that ending…man that ending. Oh and the final boss battle (yeah I’m not going to spare you any longer, so here’s your SPOILER WARNING) is the freaking Pope, man! Yeah, I love science fiction, videogames, and films with religious themes, and this had it all, all wrapped nicely within a character who is completely likable, Ezio Auditore. 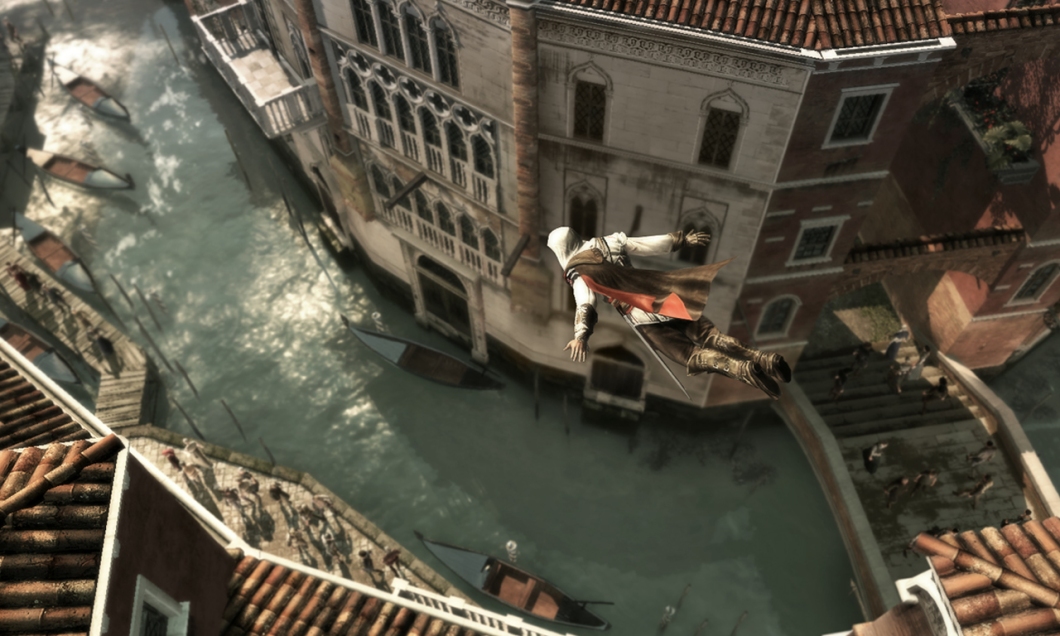 I finished the games in a few days, rented Brotherhood next, finished that in a few days, then rented Assassin’s Creed Revelations. I promised my friend that I’d be done with it in a day. I don’t remember what he said, but I remember it had swear words. Surely enough, I came to work the next day and returned my completed copy of Assassin’s Creed Revelations. My friend and co-worker was there and was amazed at my devoted nerdiness that he rewarded me with a long conversation about the ending. He also used a lot of swear words. The ending in Assassin’s Creed Revelations is to me the best ending in videogames. I couldn’t even imagine that die hard fans had waited for this since 2007. I got to stuff it in 5 days. To play 4 major games in 5 days is impressive, but not something to brag about in front of most ladies, or normal human beings. Months went by and Assassin’s Creed 3 was released. This marked the first AC title that I bought at launch. I loved so much of it, but felt that there was plenty that needed rethinking. I wish the game was less of a business opportunity and more of a game. It was what it was. I won’t mention what bothered me because the game hasn’t been out long enough for me to comfortably spoil.

Either way, my purpose for writing this is simply to convince people that haven’t played the series to try it. Get Assassin’s Creed 2 and you’ll fall in love. There is still time to get completely caught up before Assassin’s Creed 4 releases in late October, which by the way may be better if you play it on your brand spanking new PS4.